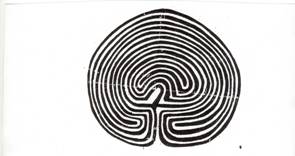 Situated about 1? miles east of the village is one of only 8 turf labyrinths or mazes left in England and one of the best preserved thanks to being in a private garden where it has been well maintained. [For permission to

Formed by cutting the ground surface to leave turf ridges and shallow trenches it measures approx. 50ft x 60ft and consists of 15 concentric circles. The path is 1ft wide and winds for a length of about ? mile. It was originally surrounded by a yew hedge which gave it protection.

The design has been compared to a pattern of 12 th century floor tiles in Toussants Abbey, Chalons sur Marne, France. (1)

It is described by Jeff Saward as ‘having an unusual “flattened circle” shape’”.

Commonly called mazes, in the strict sense these are labyrinths, having no path choices or dead ends. Several constructed of stones appear in Northern Europe, e.g. Sweden, Estonia & Finland, but those of turf seem to be peculiar to Britain.

The only other known ones still in existence in the UK are:

( For diagrams see below )

Turf mazes were often called Troy Town, Walls of Troy or Julian’s Bower. The origins of the name Troy are debated but suggestions put forward include:-

The Celtic ‘TRO’ or ‘TROYOW’ used to denote something that was circular or twisting’.

Another theory is that Troy Town gets it name from a game played by Roman youth. It is mentioned in the Aeneid, Book V, as an entertainment for young men on horseback led by Julius, son of Aeneas, in which they followed a maze like pattern. Virgil describes this as ‘Lusus Troiae’ or Game of Troy and likens the game to the Cretan labyrinth. (3)

Dating turf mazes is extremely difficult without documentary evidence of which there is very little. The Somerton map of 1797 shows only the buildings of Troy Farm and nothing of the gardens but they may well have been ignored by the mapmaker as being of little importance.

Because of its name suggestions have been made that the Somerton maze is of Roman origin, particularly as Port Way and Aves Ditch pass close by. However it is unlikely that a turf maze would have survived since the Roman occupation.

W.G. Barnes, son of a former rector of Somerton writes ‘local tradition avers that the maze was cut by villagers out of common land’.’ (4)

There are several theories as to why they were constructed. They might have had religious significance or perhaps were for pleasure.

One idea is that they were used as a form of penance. The penitent or wrongdoer would follow the path on his knees to the centre.

Peter Wilkes states ‘In villages the maze was usually found near the green or common where games were held as a form of amusement’ one such was played by the young people where ‘youths’ tried ‘to find their way to the centre of the maze, or to Troy Town, where their girl friends were waiting for them’. (5)

Certainly there was a custom of ‘treading the maze’. A previous owner says that “until recent years the children came on May Day to tread the maze’. (6)

Perhaps they were just part of a garden design.

Turf mazes were once common in England but the maze as a garden ornament comes into being in the late 15 th century.

They are mentioned in ‘A Midsummer Night’s Dream’ when Titania says:

“The nine man’s morris is filled up with mud

And the quaint mazes in the wanton green

For lack of tread, are undistinguishable”. (8)

It should be noted that these lines refer to very wet weather which has made them untreadable rather than disuse. However many did disappear, due to neglect and the very nature of their construction. Cromwell was responsible for the destruction of others but there was a revival following the restoration of the Monarchy and they became a ‘popular feature of a gentleman’s garden’. (9)

The present Troy Farm dates from the early 18 th century but there was a 15 th century manor house originally on the site know as “Somertons”, belonging to the Aston family. It is probable that the Somerton maze was constructed in the late 16 th early 17 th century and the house renamed to include the maze.

Whatever their purpose or origin they are an oddity, a throwback to the past kept alive today by a band of caring people. The cost of their upkeep is great and if you visit, by appointment please, donations will always be much appreciated.

Janet Bord. Mazes and Labyrinths of the World 1975

5. [Peter Wilkes, extract from Turf Mazes, appeared in The Home

7 . Motoring Around Oxford by ‘Radiator’]. 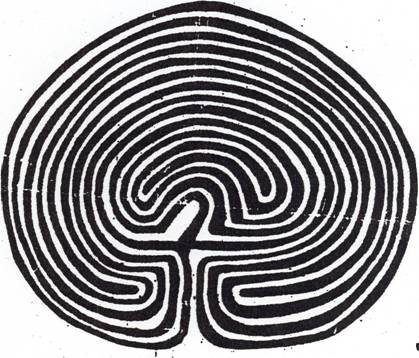 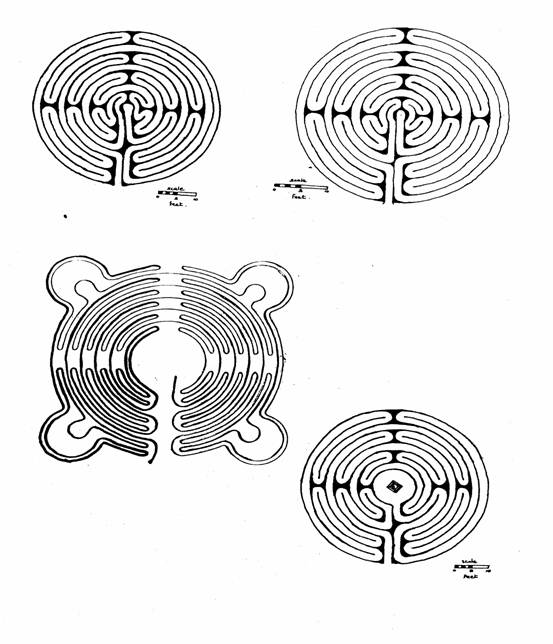 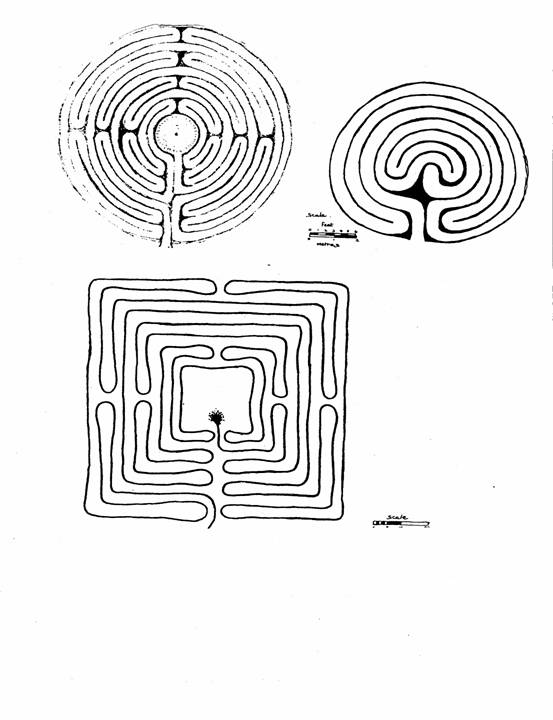 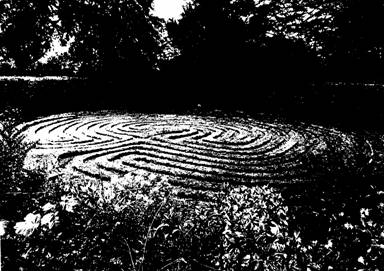 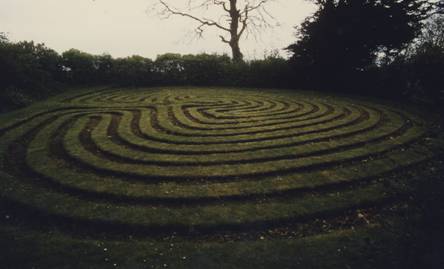