Mrs Moore remembered going to the school run by Miss Jennings and her sister in part of what is nowLancasters’ house.  (Formerly called The Cottage, now known as Jasmine Place, a thatched cottage until the 1970’s at the bottom of Church Street).

The teacher had a long cane which reached to the back of the room. Reading, writing and needlework were taught to the infants.  Miss Jennings was paid by Lady Jersey.

A small fee had to be paid each week for attending the ordinary school where attendance was not compulsory.  She remembered giving her sister Nellie sweets to stay at home and help with the housework so that she could go to school.

Lady Jersey founded a school for female children at Middleton.  Mrs Moore remembered Lady Jersey coming to ask her mother which daughter she could spare.  She was always glad that her sister was chosen rather than herself.

One girl was taken from each village that Lord Jersey owned and they were given a good training for domestic service, attending ordinary school during the day but each had a certain amount of house work to do.  There were 6-8 girls living there.  They went to Church dressed in red cloaks and hats with Lady Jersey taking them for Sunday school.

After a holiday at home Mrs. Moore would walk with her sister as far as Middleton Riding.  The girls had to return to Middleton by9.00 a.m. Later they were found posts in the big house.

At 13 she was sent toOxfordwhere she was met by her employers at the station.  She carried a bunch of flowers so that they would recognize her.  Church bells were tolling for the death of Princess Alice.  They went by horse bus to a house in St. Aldates where a small private day school was run by two ladies.  She looked out at the boats nearFollyBridgeand was very homesick for a long time.

She caught rheumatic fever through sleeping in a damp bed and had to leave.

Miss Moore’s notes were given to me by her sister Mrs. Gillam. 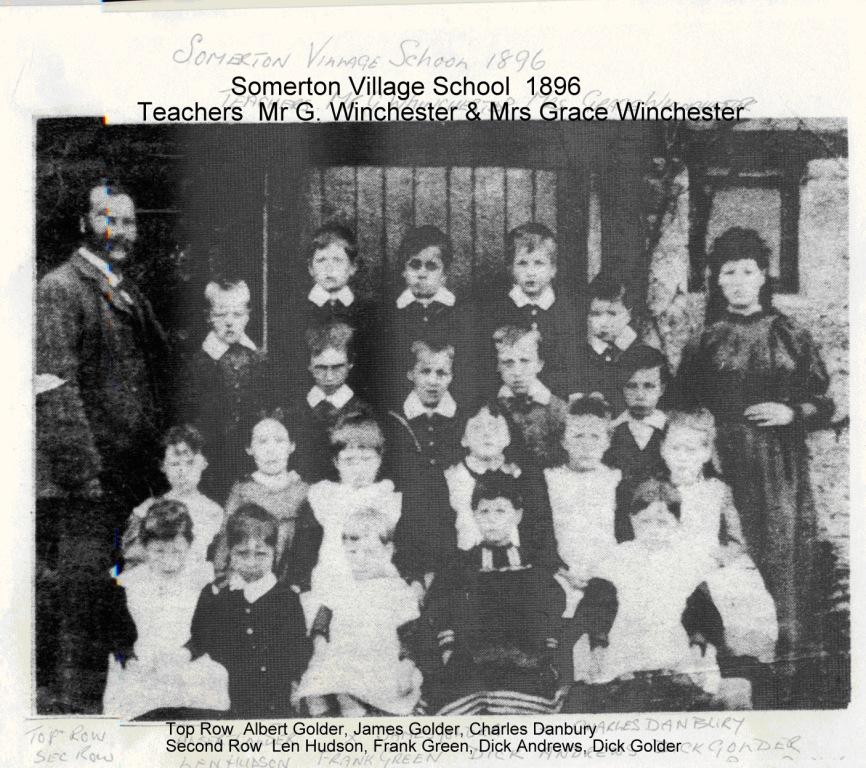 The photo dated 1896 is shown by courtesy of Mrs V.Millar, Australia.